This past weekend was pretty great.

Let’s back up to the part where I actually get weekends off now. I don’t think I mentioned that my hours at Job Number Two finally changed — I was offered the chance to work weekend day shifts instead of the awful night shifts I had been doing — and I jumped at it. I offered to take every other weekend, Saturday and Sunday 7am-7pm. Which means every other weekend off.

Every. Other Weekend. Off. Kind of a big deal for me, honestly.

It also means working four to six shifts a month instead of two or three, and the added day shift crap that you have to deal with at a hospital, but more shifts also = more money, so we deal with the day shift crap, and did I mention every other weekend off?

Yeah. I’ve been pretty happy with this development.

However, much like when I was working three Saturday nights a month, I still have the tendency to fill these weekends off with all! The! Things!

Which brings us back to this past weekend. From the time I clocked out at the office Friday at 5pm until I went to bed Sunday night I was going, going, going. I had a blast all weekend but man, was I exhausted.

Saturday morning started bright and early, with a little house cleaning and food prep. I was having guests for dinner after an afternoon out so I wanted something that would take minimal effort once we got back to the house. Crockpot shredded chicken tacos fit the bill nicely. Still working on the recipe for those, by the way. A little bland for my tastes right now, when I figure them out I’ll be sure to post.

The afternoon was spent in retro dresses looking at classic cars in Macungie at Das Awkscht Fescht. 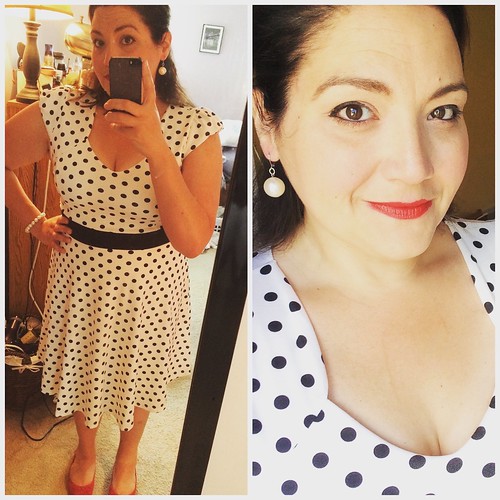 Cutest dress ever, yeah? Thanks, ModCloth! I enjoyed seeing all the different cars, too. I’m not the biggest car person, but classic cars are always fun. 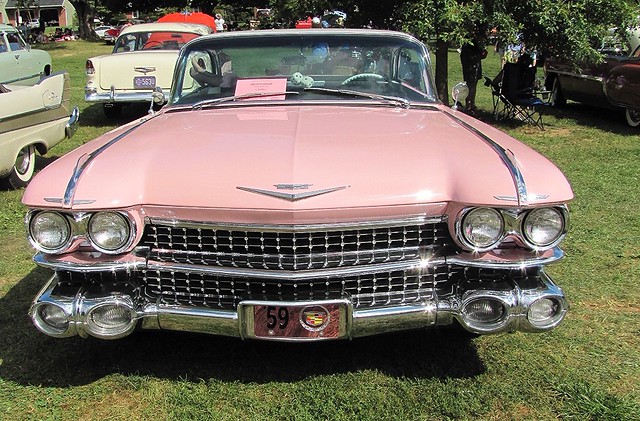 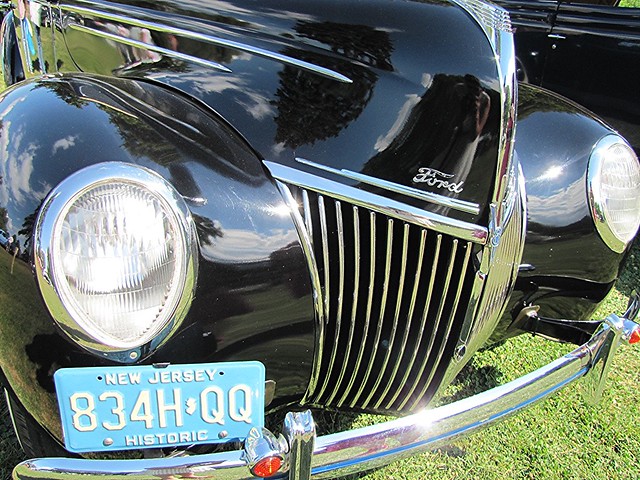 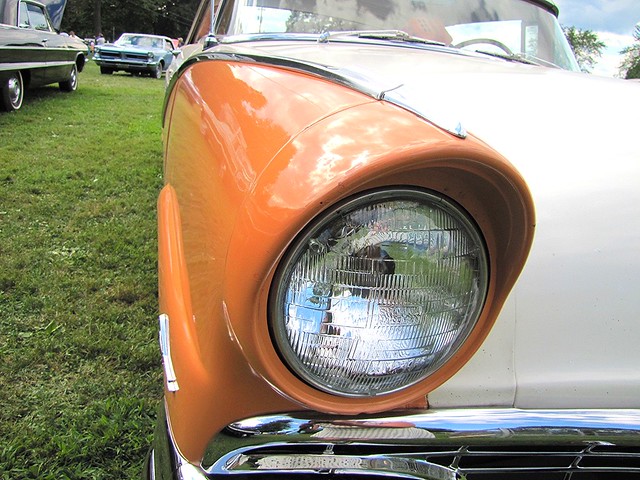 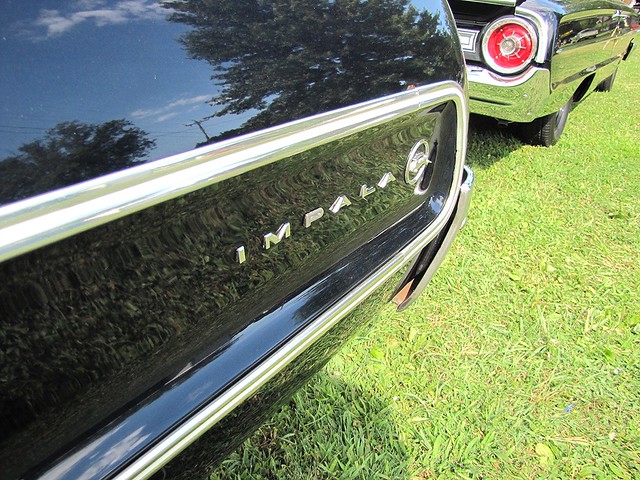 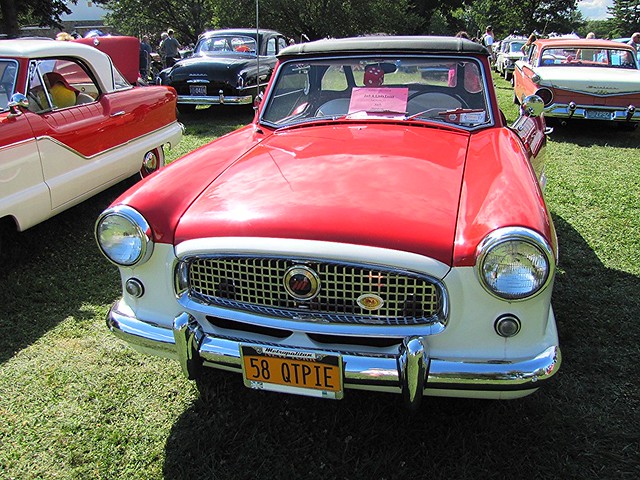 After car-hopping (ha), we came back to the house to hang out a bit and enjoy the air conditioning, ate tacos and funfetti cake, and watched a little RuPaul’s Drag Race. Then I mowed the lawn at 8:30 at night because my dad was coming early the next morning and lord knows he would have had a conniption at the state of it, and fell asleep almost immediately after.

On Sunday Pops picked me up around 10 (see? good thing I mowed that lawn!) and we drove down to Philadelphia for some baseball. I bought the tickets as a Father’s Day gift and I’m almost glad the Phillies are having a terrible year because our seats were awesome. 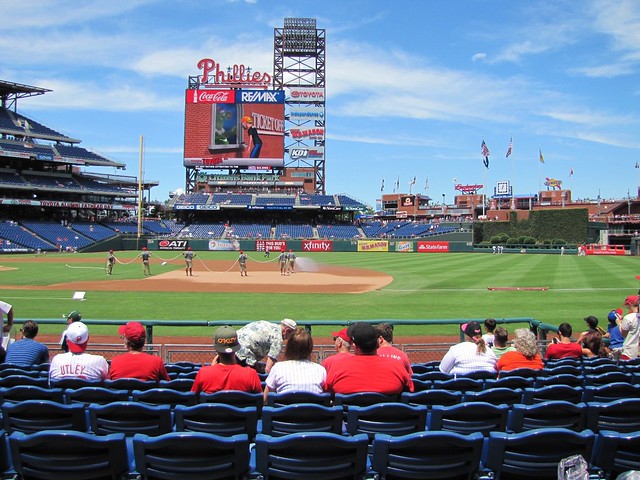 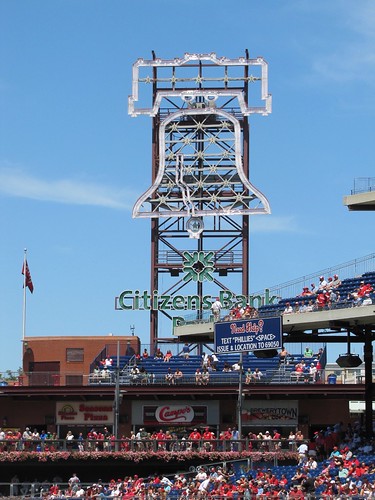 Before the game, we split a cheesesteak and some ice cream, walked around the park a couple times, and got to see Pat Burrell from about 40 feet away. 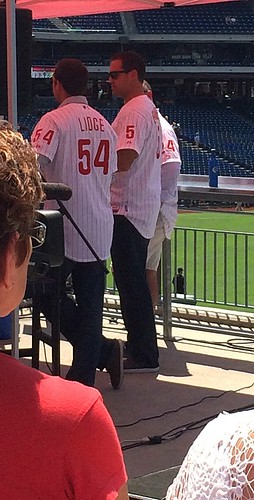 And during the game? We sweated our butts off. Hot as blazes, and since our seats were so close, we were in the sun all day. 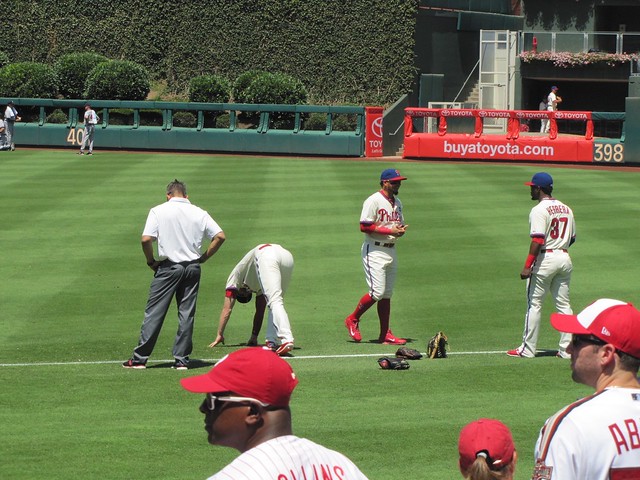 But all the stretching during warm ups was worth it. 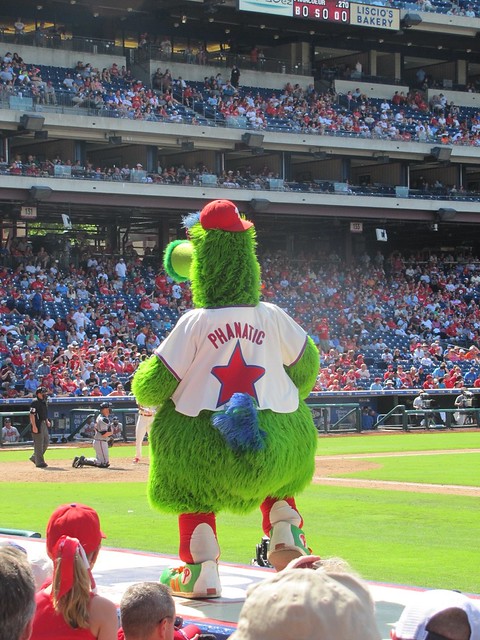 The Phillies lost to the Braves, unfortunately – they had won the first few games of the series but couldn’t pull out the sweep. After the long drive home and making sure my work clothes for the week were laundered, I collapsed into bed, exhausted but happy after one of my best, busiest weekends in a long time. I do have to work this weekend of course, but next week I’m off for seven entire days. I wonder what I could POSSIBLY do with all that time?