This salad has been a staple in my family for years during the steamy months of summer, especially when dad’s garden had a plethora of cucumbers. It’s simple enough to throw together in a pinch, and the sweet/tangy flavors make it a great accompaniment to almost anything. 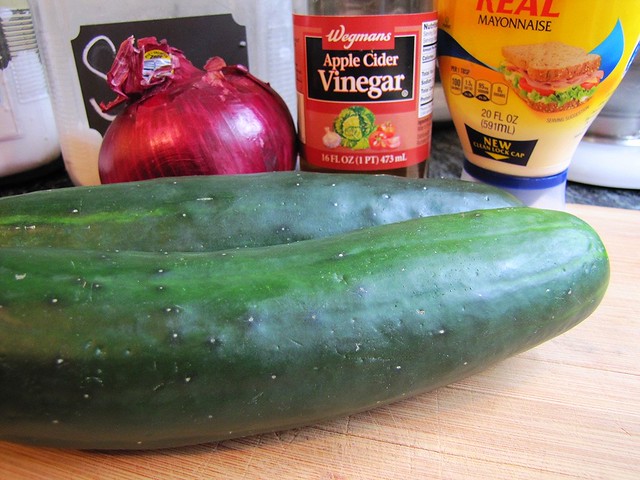 Five ingredients. Could this salad BE any easier? 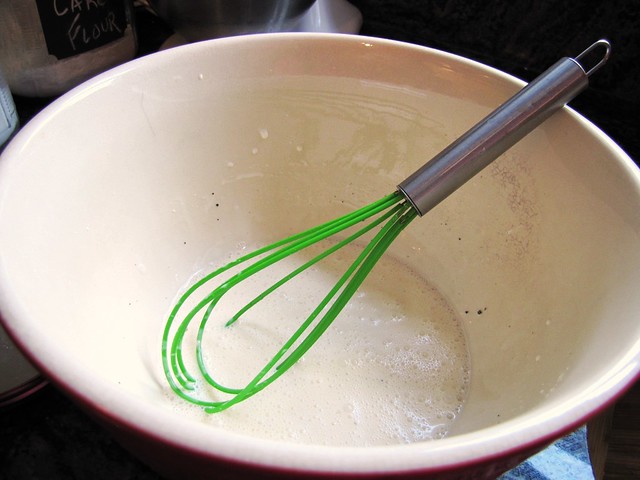 Peel and slice cucumbers. I removed the seeds because I think they give me the burps. You can leave them in, though. Most people do. 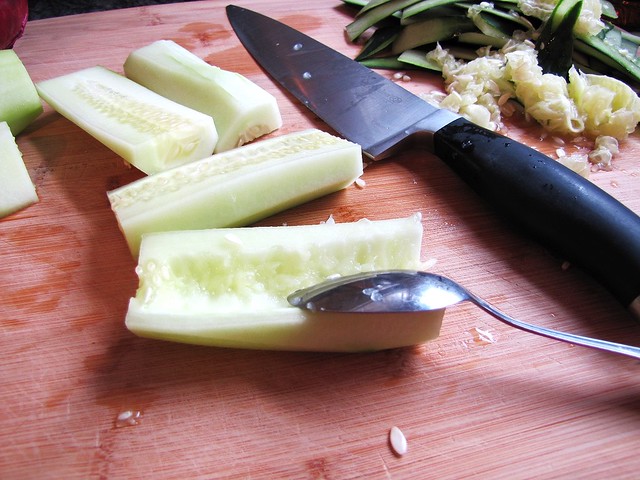 Cut a red onion in half, remove the root end, slice in three lengthwise, then slice across thinly. 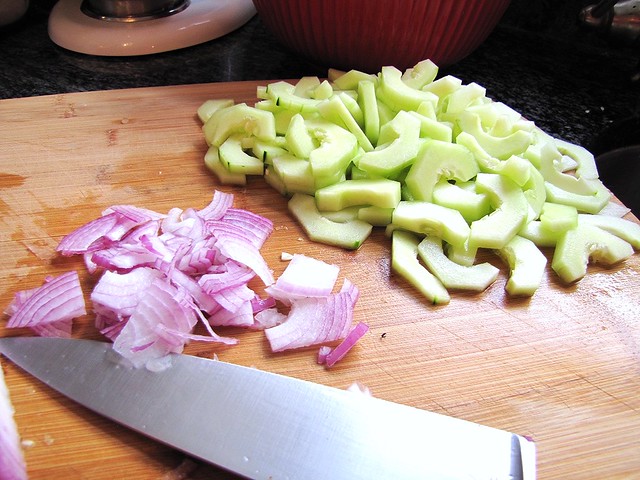 Toss cucumber and onion in the bowl with the dressing. Stir to combine and place in fridge for at least an hour to allow flavors to combine.

A tip: Don’t make a huge batch of this and expect to eat it all week. I don’t think it keeps very well past a day or two. 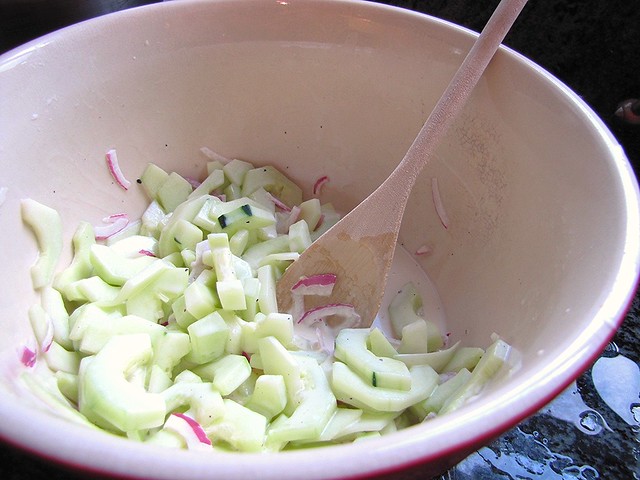 In a bowl, combine mayonnaise, vinegar, sugar, salt, and pepper. Whisk thoroughly. Taste and adjust as needed. Toss cucumber and onion with dressing and stir to combine. Place in refrigerator for at least an hour to allow flavors to combine, and serve. 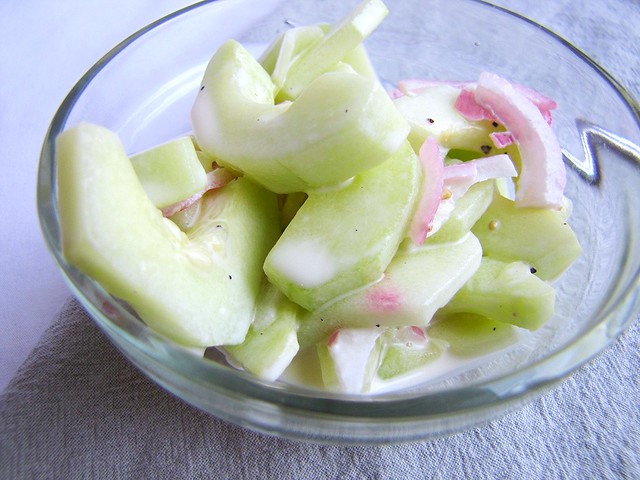 Someone pass the barbecued chicken thighs.