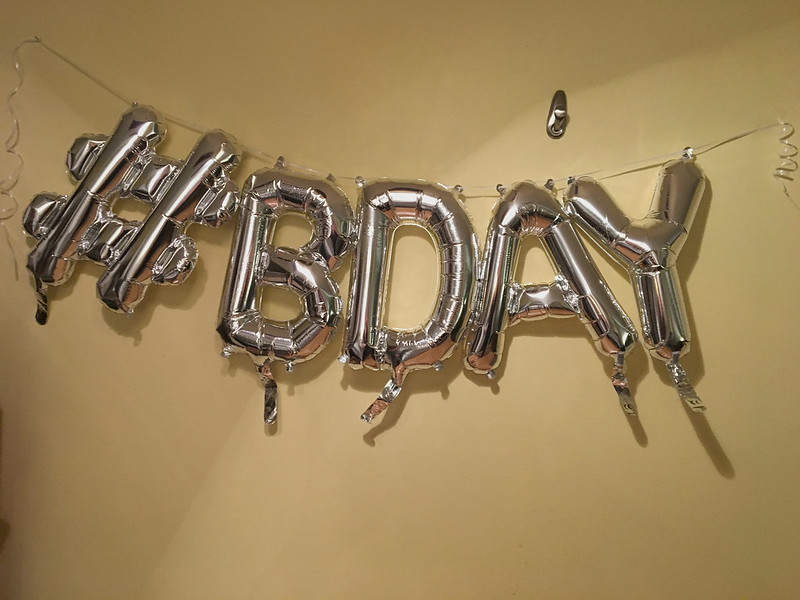 I celebrated my birthday a couple weeks ago in my usual fashion – an all-night rager at a local club that didn’t end until the local police showed up.

Kidding. I actually just hosted game night with some of my favorite people. I love a good game night party – it’s super informal, you just need a few finger foods, a big bowl of popcorn, a plate of cupcakes and plenty of booze.

This year I knew I would be out of the house most for of the day leading up to the party and therefore wouldn’t have a ton of prep time so I came up with a super simple menu – a couple parts make ahead, one part crock pot, and one part big old bowl of stove-popped popcorn. I’ll start with the dips – I stirred together a spinach dip and served it with some cut up veggies, pretzels and store-bought pita chips. 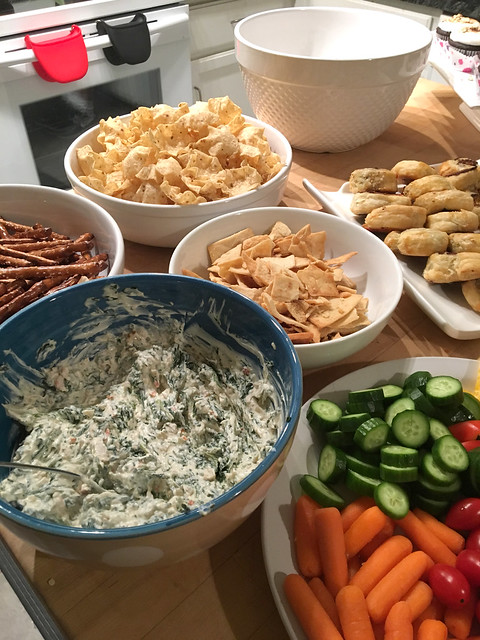 Always a classic. If you don’t know how to make a spinach dip by now… Here you go.

I also served something that became a new favorite this year, Mexican Street Corn dip. A friend of mine served it at a Cinco de Mayo party and I bugged her for the recipe immediately. I think I’ve made it four times since May. The recipe calls for you to stir everything together on the stove but I just throw it all together in the crock pot and let it rip for an hour or two, it’s perfectly gooey and melty, plus it stays warm throughout your whole party. 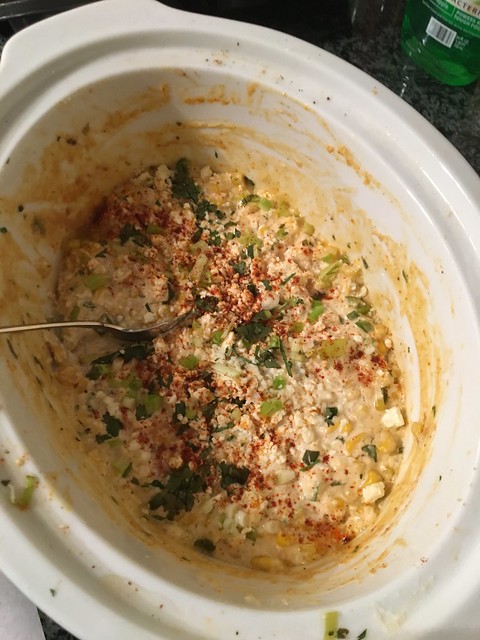 Ugh. It’s so good. Serve with lots of tortilla chips. It reheats fantastically, too.

I made some stovetop garlic parmesan popcorn as well. Just pop the corn, melt some butter with some cracked peeled garlic cloves, allow to infuse, drain and pour over the popped corn, and sprinkle some fresh grated parmesan cheese on top. 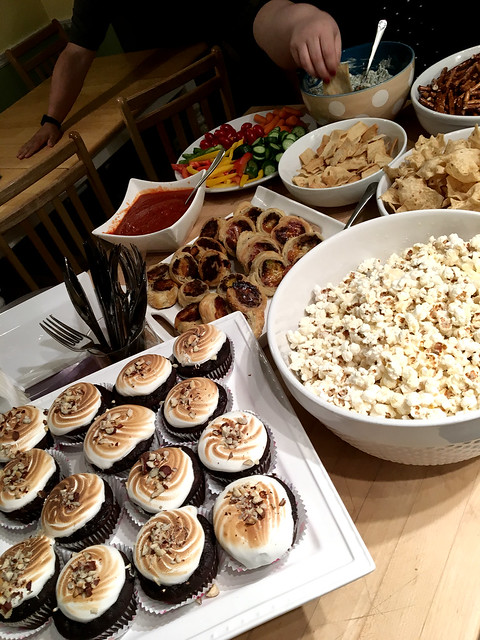 That was the easy-peasy, throw-together-at-the-last-minute stuff. The make ahead stuff was easy too, but just a tad more time consuming so I started the night before.

I made these Chocolate Hazelnut cupcakes with a toasted bourbon meringue frosting, because they sounded rich, decadent and delicious and it was an excuse to use my food torch so OF COURSE I was going to make them. 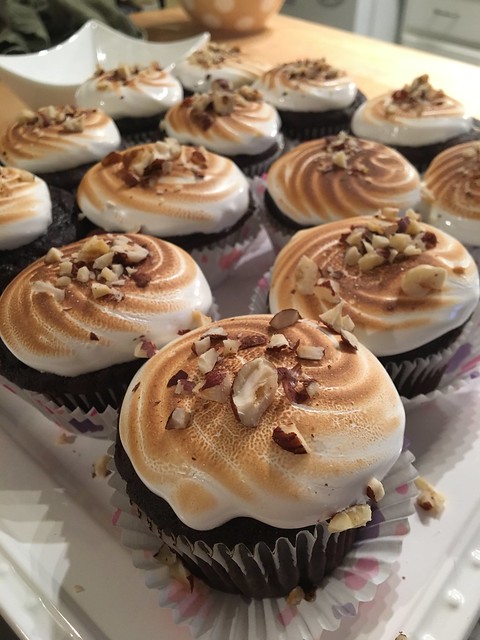 Mine didn’t come out quite as pretty as the original recipe (I don’t think I gave the meringue enough time in the mixer), but I enjoyed them immensely. 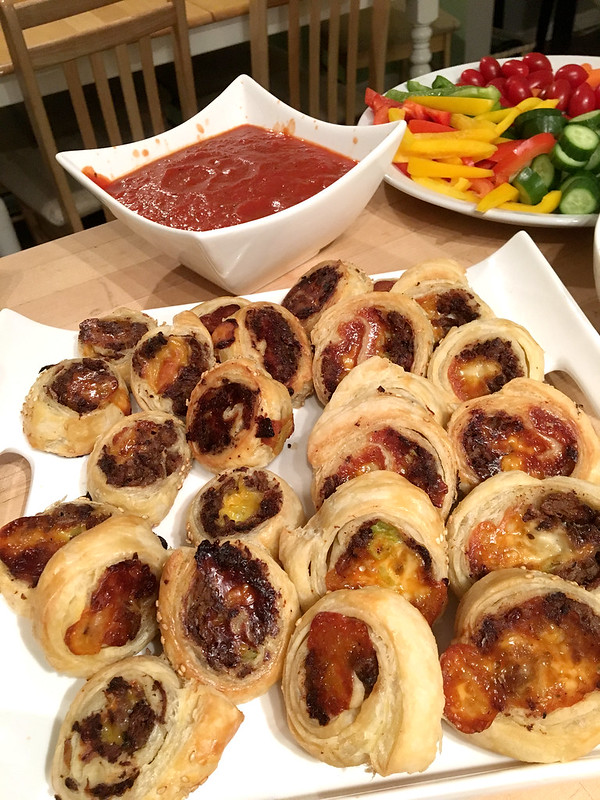 I’ll give this a full write up in my next post, because I’m getting a little long winded here, and I just wanted to share birthday goodies before September is over. I’ve got a few other recipes waiting for write ups, and Harvest Fest brunch is coming next week! I’m still working out my menu for that but I think it’s going to be a good one. I’m so excited for fall and what the rest of this year brings!

But for real in the meantime? I might need to make the cheesesteak rolls again. Yum.

One thought on “Birthday Game Night, Complete with Snacks”